This section allows you to view all posts made by this member. Note that you can only see posts made in areas you currently have access to.

This is my first new album in over three years. It's a loose concept about being shipwrecked on a dangerous island. Any support and feedback would be appreciated.
#2

January 04, 2020, 07:54:41 AM
So Bill Laswell's page now has all of the Outland albums and has started uploading the Psychonavigation series.

Psychonavigation series (only three so far):

These are more expensive than a lot of digital download on Bandcamp, with just about all of them costing $10 or $11. That being said, I can at least vouch for Outland 2 and Psychonavigation 2 being great. I figured I'd share this because I know Pete Namlook is well-liked here.
#3

Music Gearheads Tech Talk / Unusual gear that you like?

It's pretty cool. I've finally found the time to mess with it and it's definitely interesting. The only real negative is that putting samples into it is a bit of a pain as it only accepts 8 or 16 bit mono WAV files at a sample rate of 22050.
#4

December 03, 2018, 03:11:44 PM
Since there have been quite a few posthumous releases over the past couple of years on Bandcamp, I think it'd be a great time to discuss Klaus Wiese's music again. Out of the new releases I've heard so far, my favorite are Iremia, the previously unreleased version of Ruh, and Space II.

I don't know how Iremia never got released back in the day because it's awesome. Space II is a worthy sibling to the original Space album, which might be my favorite Klaus Wiese album of all time. That previously unreleased version of Ruh is superior to the original longform piece.

Out of his older albums, Space, Uranus, El Hadra, Dunya, and Divine Orbit are my favorites. TBH, there are still a lot of albums of his that I haven't heard yet.
#5

It's been over a year since I've put out a new Castleview album, but my new one is finally done. I decided to go back to my roots a bit and experiment with noisier textures, incorporating touches of granular synthesis and pink noise to create a hybrid of dark ambient, shoegaze, and drone music.

As usual, feel free to give me feedback. Hope you guys enjoy the album.
#6

March 13, 2018, 06:13:09 PM
I know they're more limited texturally than a traditional analog synth but the low end can be downright intoxicating on a good bass synth. There's a lot of potential for good minimalist drones with just a bass synth, but I'm sure somebody has done that already and I just don't realize it yet.
#7

Hope you guys enjoy the new track. Feels like it's been a little too long since I've put out something.

April 02, 2017, 10:21:14 AM
How are their reverbs? Have my eyes on a used M300 for a cheap price and I was wondering how their budget and higher end offerings compare to other brands. The Hall of Fame, SkySurfer, and Arena pedals seem really cool too.
#9

My second album for Black Dingo Records just came out today. I'm really proud of the fact that I'm the first artist besides Duff Egan to have 2 releases on the label. Stylistically, it refines the approach seen on Beautiful Abyss further so if you liked that one, you'll be right at home here.

I also have a few DL keys for the new one:

I'm really proud to have the first commissioned release on Duff's label. I've been a big fan of his work for a long time so I jumped on this opportunity pretty quickly.

Speaking of Black Dingo Records, Duff also has a CD release of The Future Of Man (BDR 001), which is now available for the first time on Databloem:

I know Bill Laswell isn't strictly an ambient musician but he worked on the Psychonavigation, Outland, and part of the Dark Side Of The Moog series with Pete Namlook and his Axiom Ambient compilation is a personal favorite of mine:

I wonder if he has any rights to the Psychonavigation and Outland albums. It'd be awesome if he uploaded them in the future. It'd be nice to see the Divination albums there. Even the last one with Laraaji was really good.

Other Ambient (and related) Music / Thoughts on Mychael Danna?

July 25, 2016, 06:36:01 PM
I'm a huge fan of Sirens and Skys, his two solo albums on Hearts Of Space released back in the early 90's, and I wish he would have kept making music like that instead of going on to make soundtracks for obscure Canadian films. His releases with Tim Clement as Danna & Clement were great too. I have Summerland on CD and it's another personal favorite of mine. Sadly, much of their work is out of print at this point.

He was so good at blurring the line between cinematic music and ambient music, without getting too far into cheesy new age territory. I just wish he would have made more non-soundtrack music.
#13

July 03, 2016, 11:03:04 AM
I just finished this playlist today. It's the first playlist on 8tracks that I've done in a while. I figured a few people here would enjoy a playlist of noisier ambient music.

Hey guys. I just released a new track that's going to be on a future album of mine. Stylistically, I'm aiming for a noisy but ethereal drone/ambient sound that I explored back when I first starting posting here, except that I've improved a lot since then.

Anyways, feel free to give me any feedback.
#15

This is a compilation consisting of material recorded over the last several months and a couple of tracks from my vault. It took longer to record the newer material than any other album of mine, but it was worth it. I had hit a mental block for months but lately, I've been much more productive and now I'm recording two new albums.

As usual, feel free to give me any feedback.
#16

April 05, 2016, 01:45:22 PM
Yeah, I know the quality of Android devices is all over the place but there are Android devices that can easily handle professional synth apps, like the Nvidia Shield Tablet. Plus, Android has a bigger market share than iOS. It can't be that hard to develop for it.

It's a shame because I'm actually enjoying the few synths that I've found so far for my Shield.
#17

Here's my latest release. It's a warm drone ambient piece inspired by Mathias Grassow and Eliane Radigue. Special thanks to petekelly for mastering advice.

I hope everyone enjoys it.

Decided to finally release my new album. It's two long pieces that I originally made with sleep in mind. Might be one of my more challenging albums but I'm happy with it. I was heavily influenced by Mathias Grassow, Eliane Radigue, and La Monte Young while recording it.

Special thanks to Igneous Flame for mastering advice.

Decided to release it a little bit early. This is a shorter release than my last one. Enjoy.
#20

My new album is here. It's another change in sound for me. I hope everyone likes it.
#21

Does anybody else like to use handmade synths like this or does everybody just stick to high-end hardware analog synths and soft synths?
#22 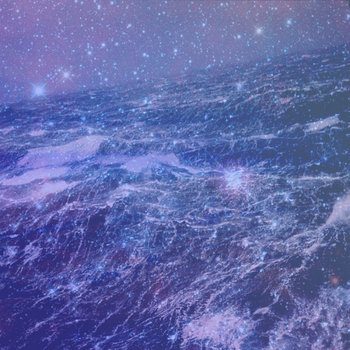 As the title suggests, this was intended to be an aquatic themed longform piece. I've been testing it for months and I'm happy with it. It makes for excellent sleep/background music IMO.

I hope everyone here enjoys it.
#23

This crazy winter inspired me to record another album. Enjoy!
#24

February 05, 2014, 04:55:54 PM
I'm looking into upgrading from the equalizers that I use right now, which are sadly freeware VST plugins. I know there's more to shaping tones than just an EQ but I feel like my current ones aren't quite cutting it at times. I've noticed that there are plenty of EQs out there to purchase whether they be hardware or software but I'm not sure what's really good and what's not, especially for ambient music. I do just about everything music-wise within my laptop so I'm not looking for any hardware EQs.

I was also wondering if there were any equalizers in particular that work well with shaping lower frequency drones and textures.

It does not have to be absolute top-of-the-line quality but I'm definitely looking for value (I'm on a low budget). I want something that will give me good control over every detail of my sounds as I shape them into whatever I desire. Also, I've only been using graphic equalizers for the most part but I am definitely open to using other kinds.

I know there's more to shaping tones than just an EQ but I feel like my current ones aren't quite cutting it at times.

So with all that being said, bombard me with recommendations! :)
#25

BTW, this is just supposed to be about soft synths. I'm saying that only because the converter topic got so carried away into other things.  ;D
#26

Just in time for the holidays! I hope you guys enjoy it.
#27

November 26, 2013, 02:41:18 PM
I wonder if any fellow musicians here own and use a zither. I think it might be the best acoustic instrument for ambient music. Laraaji and Klaus Wiese inspired me to play one. I actually have an antique fretless zither made by Oscar Schmidt, which still sounds pretty decent, as well as a toy one that I had bought for really cheap a while back, but that one doesn't sound good imo.

I wouldn't mind putting some new strings on the antique one but I'm kind of scared to do that on my own as I've never done it before.

For anyone who does have one and record with it, how do you like to treat it with the effects? I like to apply a reasonable amount of chorus and reverb without it becoming unrecognizable. Flanger can be decent if you want to go for something more abstract. I applied flanger to my toy zither on my album Chamber Music, giving it an aquatic sound.

Every kind of zither is open for discussion BTW.
#28

November 20, 2013, 02:47:10 PM
I was thinking about getting one and I was wondering if they're really as good as some people say they are. I imagine that somebody here has one, or maybe almost everyone does except for me.

Will it make a drastic difference when recording or playing back music?  It seems like could help me a lot in terms of sound quality since I use my laptop to record a lot.

There's a good chance that this won't be on my next album, but I felt like putting it out there. It's really something I was just messing around with yesterday. It's brief but hypnotic.

This is my first new album in a few months. I think it came out pretty well. Feel free to give me feedback.
Pages1 2